Multiple sclerosis doesn’t appear out of nowhere. In the few years prior to a diagnosis, people tend to have a handful of symptoms that may serve as a warning sign of trouble ahead.

Specifically, MS patients were four times more likely to have a nervous system disorder (such as pain or sleep problems) and 50% more likely to have a visit to a psychiatrist in the half-decade before classic multiple sclerosis symptoms emerged. Classic MS symptoms include muscle weakness, vision problems, difficulty with balance and coordination, and cognitive impairment. Symptoms noticed by people who later developed MS – before they developed MS – included fibromyalgia, irritable bowel syndrome, migraine headaches, depression, anxiety, and bipolar disorder. In other words, these conditions might be a calling card of upcoming MS.

The fact that multiple sclerosis has warning signs before actual disease symptoms emerge makes this disease similar to other diseases, such as Alzheimer’s and Parkinson’s, which also have early warning indicators.

This new information could be useful in diagnosing multiple sclerosis even earlier, which offers huge potential benefit since earlier treatment helps slow the brain and spinal cord damage of this disease. The clinical pharmacy team at BioPlus Specialty Pharmacy is well-versed in the medications used in a treatment plan for multiple sclerosis and are here and ready to help patients access and stay on-track with their plan of care.

Healthcare Workers and the Holidays

Healthcare doesn’t take a break just because it’s the holidays. Your practice will still have sick... 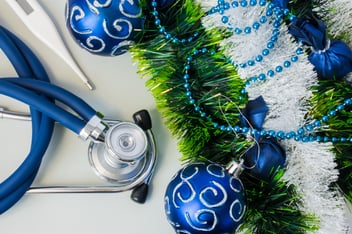 Medical care requires a digital screen these days. The ongoing demands of EHR usage in medical... 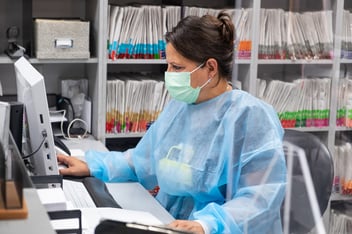 Osteoporosis affects a lot of older adults. However, having the disease doesn’t have to mean being...